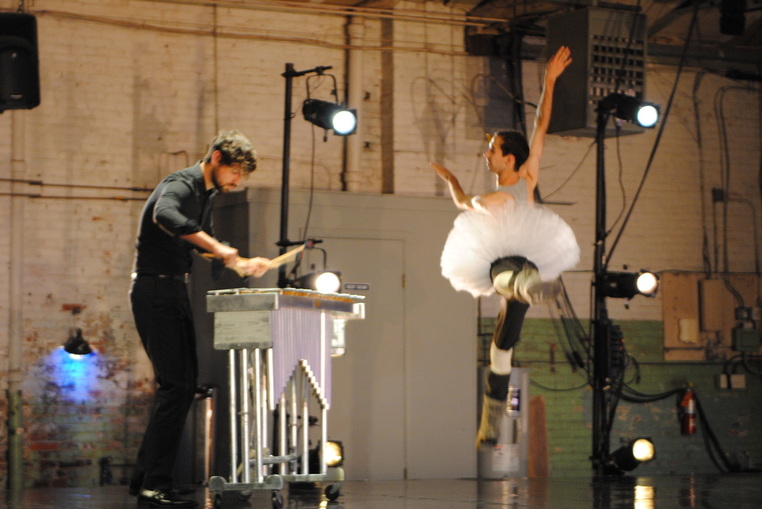 Sean Thomas Boyt and Dr. Andy Thierauf  have been cross-disciplinary collaborators for the past seven years, creating work that spans a variety of genres by using dance and percussion as mediums for engaging performance art.  Incorporating electronics, improvisation, text, and physical theater, the “dance/perc” duo is constantly experimenting and producing material while refining their practices individually.

stb x at has been supported by residencies at Soundspace 1525, the University of Iowa, and Capital City Dance Center.
Powered by